Truffles and Christmas go together like Batman and Robin. Or peanut butter and jam. Or gin, tonic and sunshine. They’re the perfect treat to have around the house over the Christmas holidays, but they also make a lovely present for someone special, and they’re surprisingly straightforward to make (once you master the rolling!). Even better, they can be customised so that they are totally unique to you. I think the flavourings in these ones work particularly well with dark chocolate, with a hit of festive brandy and the odd burst of sea salt, but orange zest and Cointreau would be gorgeous, as would coconut-rum truffles rolled in desiccated coconut, or even sea salt and peanut butter truffles. 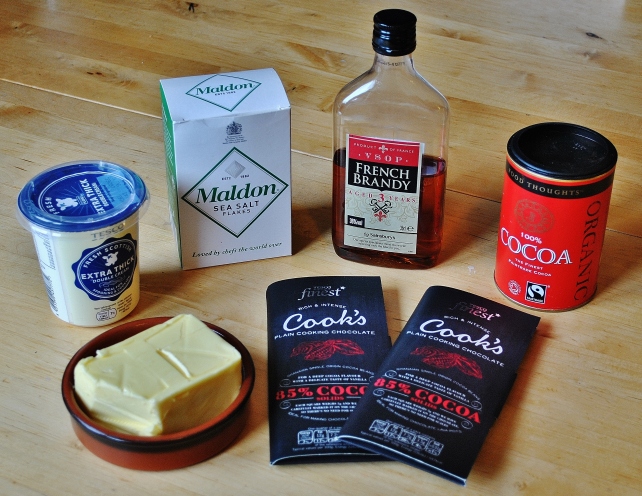 Method 1. Finely chop the dark chocolate into as small pieces as you can – you could also pop it in a food processor if you have one.

Traditional mincemeat is a great little recipe to make around this time of year. It’s incredibly simple, keeps well and your homemade jar can be whipped out the cupboard at a moment’s notice if you’re in need of emergency mince pies. If you’ve already made your Christmas pudding (like this one here…) then it’s highly likely that you have leftover dried fruits or chopped peel or even some suet lurking in the cupboards. This is a great way to use them up, and with 18 days left til Christmas (yes, that’s right, EIGHTEEN DAYS) now is the perfect time to do so. If you can resist, it’s best to leave this recipe to infuse for 2 weeks; and if you manage there will be a jar of perfect mincemeat sitting in your cupboard to use in the days leading up to Christmas – and of course, most importantly, on Christmas Day itself.

Before you begin making this recipe make sure you sterilise the jar, or jars, you are using to store the mincemeat in. You can do this in a few different ways. If you have a dishwasher then the easiest method is to put your already clean jars through a hot rinse. If not then you can wash them out with boiling water (or heat with water in them in a microwave until the water boils – I couldn’t do this since my jar has metal on it!) and leave to dry upside down either naturally or in a very low oven.

Method 1. Put all the dry ingredients except the bay leaves (so the dried fruit, suet, chopped peel, sugar and spices) in a large bowl. Mix well. 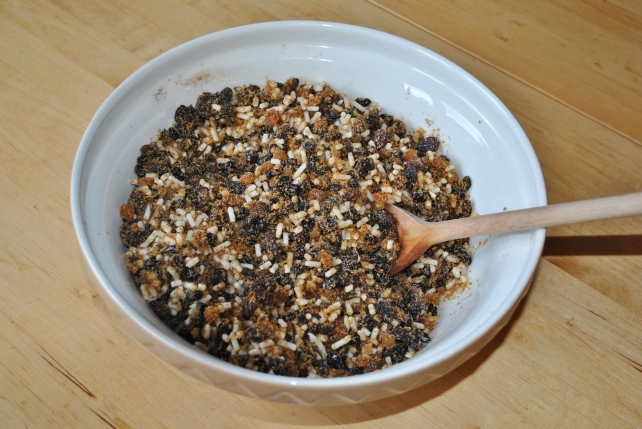 2. Add both the zest and juice of the lemon, along with the apple and brandy, and give everything a really thorough mix. 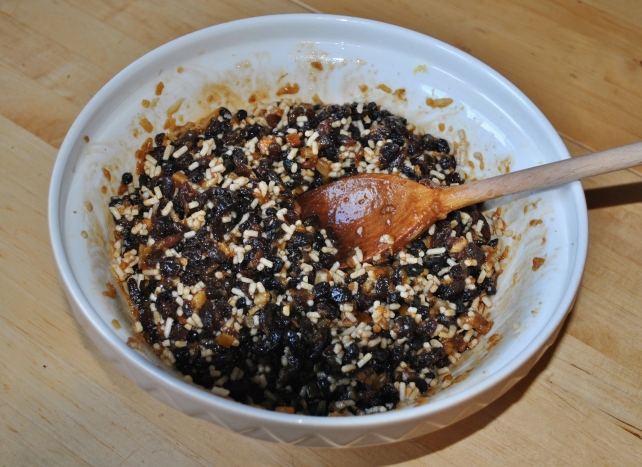 3. Carefully spoon the mincemeat into your sterilised jar(s) and push one or two bay leaves into the top. Seal and store for a couple of weeks.

Mincemeat will store for a long time provided you have properly sterilised the jars – lots of recipes say up to 6 months, but I’m pretty sure I have used mincemeat from the year before and it tasted delicious.

I know, I know: IT’S NOT EVEN DECEMBER YET, SHUT UP ABOUT CHRISTMAS. I feel ya. I’m a great believer in no Christmas decorations, shopping or music before December. Don’t get me wrong, I bloody love Christmas and all the festivities that go with it. The moment December 1st arrives I will be all Micheal Bublé on repeat, festively scented candles and wreath-making. Let’s savor the festive period for a few weeks, packing in as many glasses of mulled wine and repeats of Elf as possible. But let’s not drag it out too long until the sight of another mince pie makes you feel a bit queasy and the sound of Mariah Carey singing All I Want For Christmas makes you want to smash your head off a wall. Nobody needs that.

However, there are quite a few Christmas recipes that need weeks, if not months, of storing and maturing before they are ready, so in this case we’ll make an exception and think about Christmas early. The best of these recipes is, of course, Christmas pudding. This is my Grandma’s recipe and I can safely say that it is the best and only Christmas pudding recipe you will ever want or need. It’s an all-in-one Christmas dessert, with sweet dried fruits, festive spices and warming alcohol.

For me, there is something happy and sentimental about Christmas puddings. I love the traditions that come with making it, that are either old (hiding a sliver coin inside, which brings wealth in the new year to the finder) or new (for example, Colum and I having to nearly set fire to a kitchen each year during the flaming, or spiking the pudding with brandy from a syringe as it matures); the stories of forgotten Christmas puddings discovered at the back of the cupboards after years, which are still edible and in fact the tastiest ones of all; and the fun of the pudding on Christmas Day when the lights are dimmed, the flaming pudding is ceremoniously presented and my little cousin manages to pack away 5 large portions.

Traditionally, Christmas pudding is made on “Stir-up Sunday”, which is the last Sunday before the season of Advent and this year it is Sunday 23rd November. That’s this Sunday people! Also traditionally, everyone in the household has to give the mixture a stir and I guess this is another reason why I love this recipe so much. Gather everyone together this Sunday, fill your house with an early treat of Christmas smells and then enjoy the satisfaction when you pull out your matured homemade Christmas pudding in four and a half weeks time!

Method 1. Sift the flour, spices and salt into a large bowl. 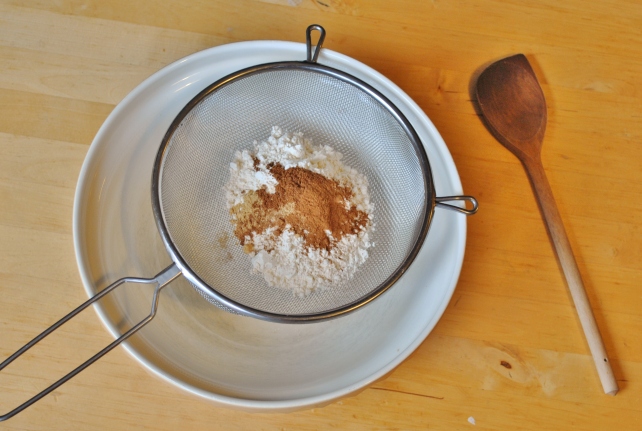 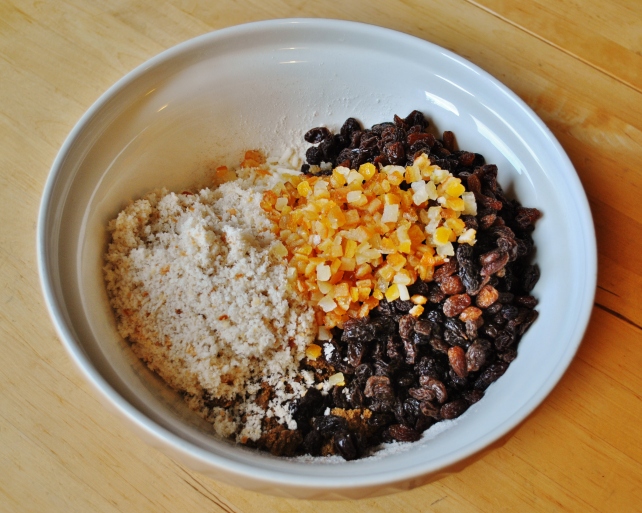 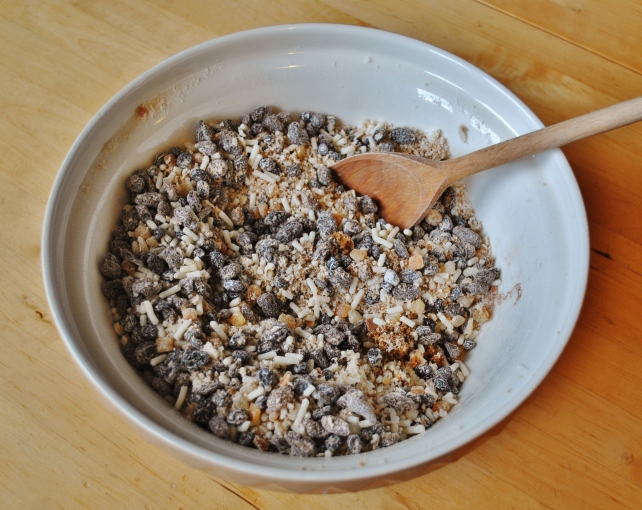 4. Beat the egg and add in, then add the lemon juice and brandy, and mix well one more time. 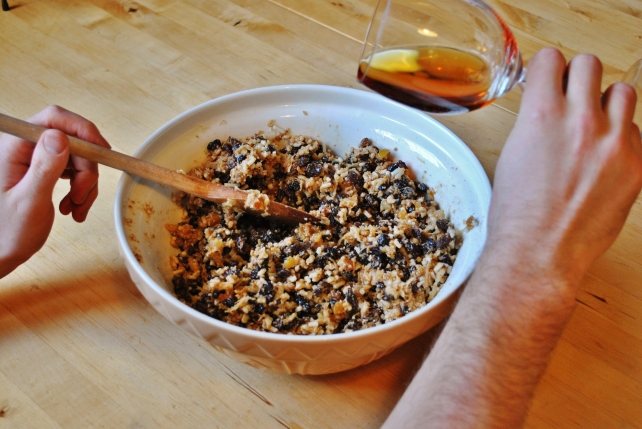 5. Add a little stout until the mixture is quite moist (but not too wet!). Usually a substantial amount of the bottle is leftover so one lucky helper will get to polish it off… Grease your bowl well. Put about half the mixture in and then pop in your clean silver coin (don’t forget to remind everyone that there is a coin hidden inside when it comes to serving…we don’t want any chipped teeth!).

Fill the bowl with the remaining mixture. 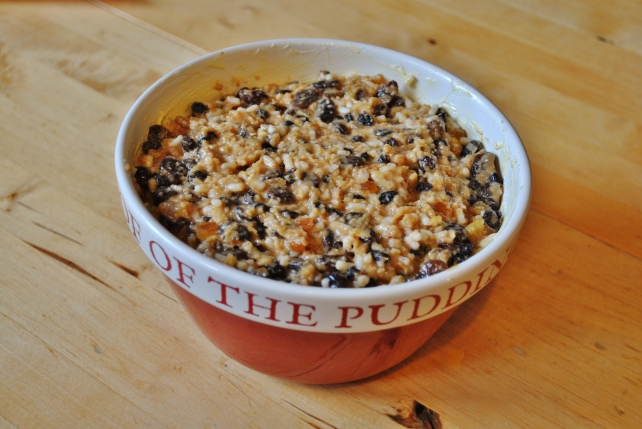 6. Cover the pudding with cloth, foil or baking paper (or a combination) and tie tightly with string to keep out the steam. 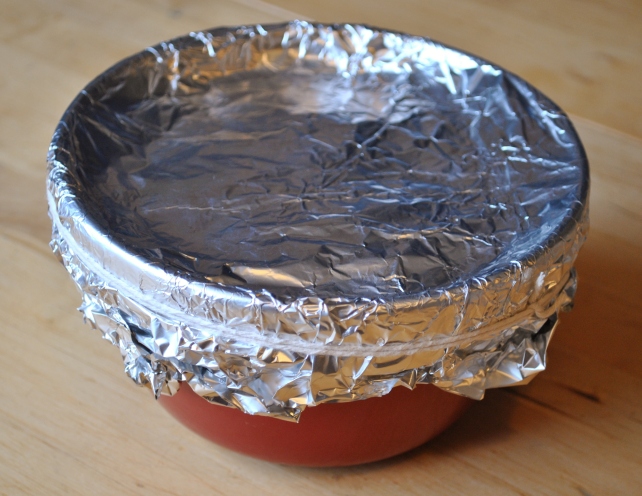 Place on top of a small plate, in a large pan and fill with a few inches of water. Cover with a lid and steam on a low heat for 8 hours – keep an eye on the water level to make sure it doesn’t boil dry. 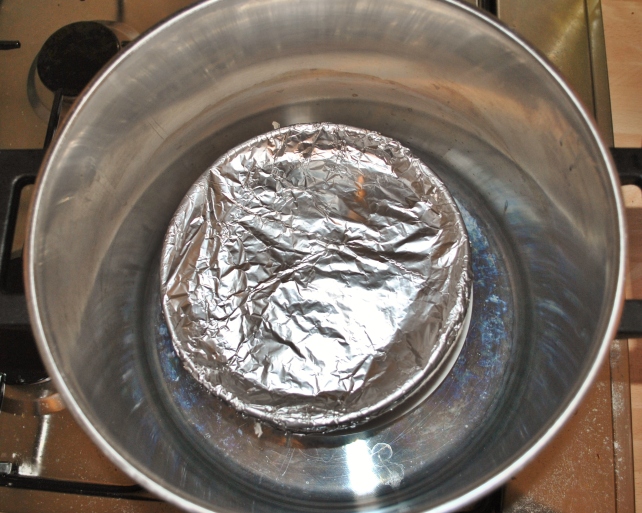 7. When cool, wrap well in a few layers of new foil, baking paper or wax paper and tie tightly with string again. Store for at least 4 or 5 weeks, or any time longer!

8. On the day you are serving the pudding, re-steam in the same way for 3 hours. Top with a sprig of holly, flame with some lightly warmed brandy and serve with cream or, even better, homemade white sauce.

….and of course I can’t let this post go by without pointing out the adorable, and aptly lettered, bowl that I made this year’s pudding in, which was bought for me by my dad…